Ranger Scout Extraordinaire Jason Parks joined in the revelry of the Yu Darvish experience this morning by discussing the ridiculous pitch he struck out Raul Ibanez on.

At the time of this pitch, I was relegated to listening on the radio, but it was clear Busby and Nadel were astounded by its movement. When I got to the highlights, I watched the thing four or five times in a row it was so incredible.

Parks thinks it may have been a shuuto, one of those mythical pitches that Japanese pitchers are said to throw that we don't see here much. It's a hard-moving pitch that is sort of like a reverse slider, tailing away from the pitcher's glove (in on right handers, in the case of Darvish). 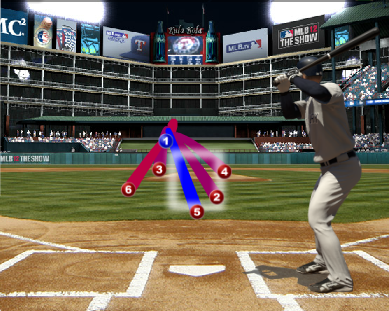 There's the pitch-f/x visual of it. Yes, that is insane movement. Insane movement at 94 miles per hour. That feels unhittable to my unlearned intuition.

As Parks notes, it was classified as a two-seam fastball. Darvish only threw one two-seamer through the first four innings, inducing a double play out of Alex Rodriguez in the highest-leverage moment of the game. It didn't have much break at all, but it became a staple for him from the fifth inning on, throwint 13 more (including the potential shuuto).

Against Jeter, Darvish threw a pair of two-seamers that moved like most of his two-seem fastballs did. Compare really quickly to the Ibanez strikeout with a birds-eye view. The red line is the two-seamer in the first box, but it's yellow in the second. 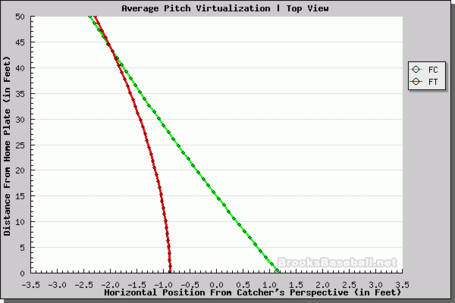 For one, the release point is different. The total break on this "shuuto" is actually recorded as less than the other pitches, but you can see here what your eyes told you about what was so nasty regarding this pitch: late break. Most of Darvish's two-seamers, like those above, had some horizontal movement -- often even more than that -- but only moved a few inches in the final 10 feet before the plate. That pitch to Ibanez moved several inches in the last 10 feet; vicious, hard, late break.

Meanwhile, in the fifth inning against Eric Chavez, he threw another two outlier two-seamers. 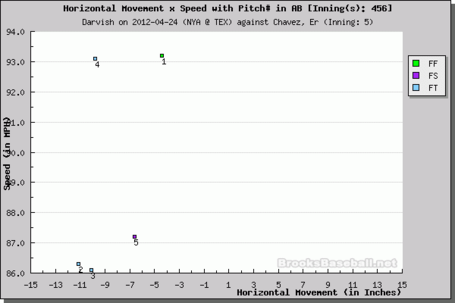 Pitches three and four there. Four has similar velocity and both have similar break to the Ibanez whiff; Chavez took the first and fouled away the second. The birds eye of the two-seamers this inning are skewed against the rest of the game; again, the story is not total break, but late break.

These could be actual two-seam fastballs that moved weirdly, but Parks also discusses seeing a different sing from Napoli on the strikeout. This sign. 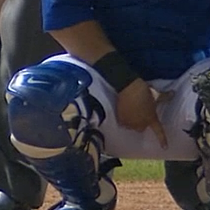 If it's true, if he has this vicious pitch of death to pull out in late innings, it would give him something like nine different pitches if you count two different curveballs (per Parks, I'm not the scout). That's simply amazing.

It's simply amazing even if it's just a two-seamer with crazy movement, of course. Like Parks says:

I was fully aware that his fastball had plus-plus movement, but I’ve never seen a fastball with legs like that. From a scouting perspective, that’s easy 80-grade movement, regardless of what you call it.