Share All sharing options for: Rangers, Rays Rematch In ALDS

In the span of only a few minutes, the Red Sox blew a two-out ninth inning lead in Baltimore, while Evan Longoria launched a walk-off home run in the 12th in St. Petersberg to complete a comeback that began with 7-0 in the eighth. The awesome charts you can find after the jump are like microcosms of each team's season.

That means the Rangers will host the Rays in a rematch of last season's ALDS, only with the first two games in Arlington this time.

The dream scenario was close. With two one-run, come-back, walk-off games, a slightly different flight path for a baseball somewhere, and Boston and Tampa Bay each have to play a play-off just a day before traveling to Texas. On top of that, a completely depleted Red Sox team was likely the better playoff opponent for Texas at this point.

Alas, of the four best possible scenarios, the worst was our result. It probably does not make a massive difference in the end, and there is no question the Rangers are the better team, at least. 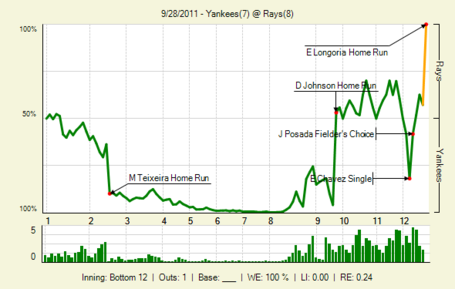 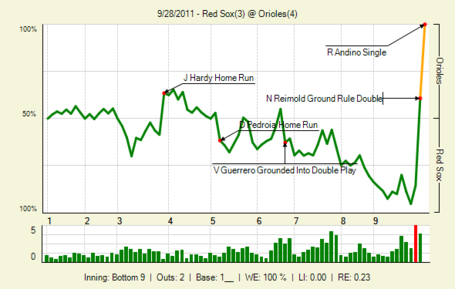