This Is Getting Silly

Share All sharing options for: This Is Getting Silly 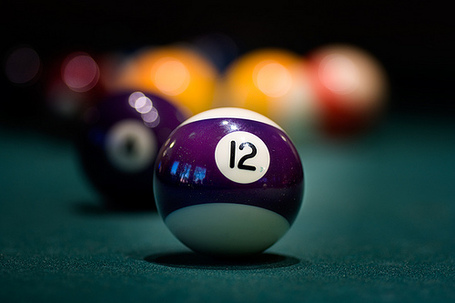 The term "statement game" is way overused in sports writing, but if ever it is true, Tuesday night's Rangers game was an example. Enacting a scorched earth campaign upon the AL West, Texas entered their series against the Angels with a chance to flex some muscle against their closest competition, and perhaps put the division far out of reach.

They began with a 7-0 drubbing, announcing their presence with authority.

The nightly discussion of everything currently great about the Rangers is getting repetitive. A starter pitched well and shut down the opposition. Ogando had a little bit of walk trouble, but with tremendous stuff -- 11 swinging strikes and a fastball topping 99 miles per hour -- the Angels could do nothing with them. That, with some great defensive support, has become the story on a now-nightly basis, as Texas has still allowed just two runs since Josh Hamilton's July 9 walkoff.

The offense had themselves a great day, with thirteen total hits, six walks, and three home runs. Five Rangers had multi-hit games -- led by Josh Hamilton's two -- and two others had multi-walk games. It was a complete offensive performance -- on the road -- to provide far more runs than were necessary, a tale which is becoming old hat for a team that is now closer to the Phillies for third place (+85) than the Braves for fifth place (+55) in run differential (+75).

The Rangers have won an incredible 12 games in a row, alone as the second longest streak in franchise history. No one has seem them end a game with fewer runs scored than allowed since the day before Independence Day. They have annihilated their division, and opened up a five game lead on the Angels. They cannot leave this series with worse than a three game lead, and on the first night looked more than good enough to lead with a seven game lead and a shot at the longest streak they have ever known.

It feels like everything there is to say has been said every night, and yet it is far -- very far -- from boring. 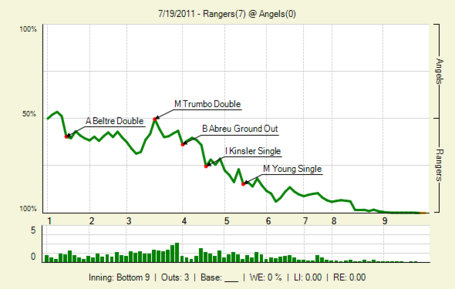 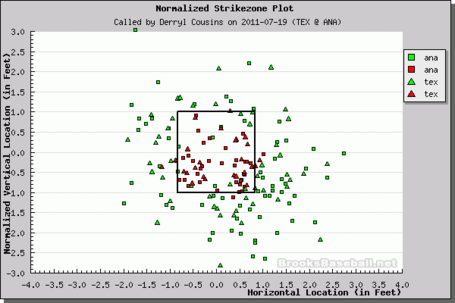