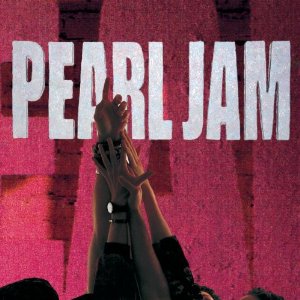 The Rangers are on fire, and too many words would only take away from the greatness. The Rangers scored five runs in Seattle, in a game started by Felix Hernandez. That is a good reason to be happy.

One of those runs was scored when Elvis Andrus -- who also had three hits -- alertly ran home when Hernandez tossed a ball to first too lazily. It was one of the coolest things to happen this year, and must be seen to be believed. Elvis Andrus flashed, again, why he is probably the best baserunner in baseball, and that is a good reason to be happy.

Two of those runs scored on home runs by Ian Kinsler, who, despite some vitriol from fans about his pouting and pop-ups, is having one of the best seasons in the American League. That is a good reason to be happy.

The only thing standing between the Rangers and 38 consecutive scoreless innings is a couple singles and some good Franklin Gutierrez baserunning. The ending of the streak is a bit sad, but the fact that the Rangers have only allowed one run over that stretch is still a good reason to be happy.

Texas has now won 10 in a row, the longest streak this season in the Majors, and the third longest in franchise history. Their +66 run differential is by far the best in the American League outside of NY/BOS, and only the Red Sox have more wins. Thanks to a double header split between the Angels and A's, the Rangers now have a three game lead in the AL West. All these are great reasons to be very happy.

This is the happy portion of 2011. Hopefully it's not the happiest. 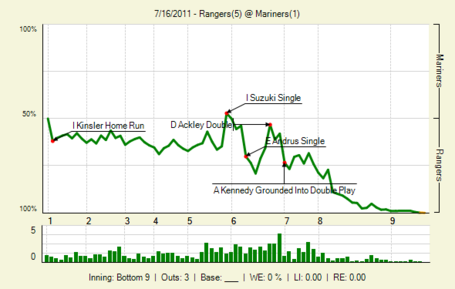 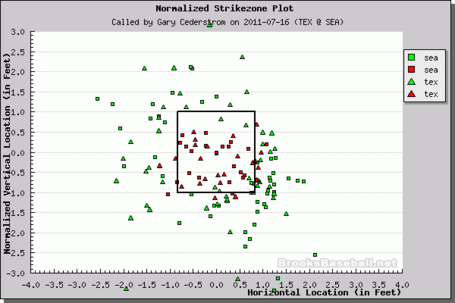