Share All sharing options for: Rangers Opponents' Remain Scoreless In Second Half 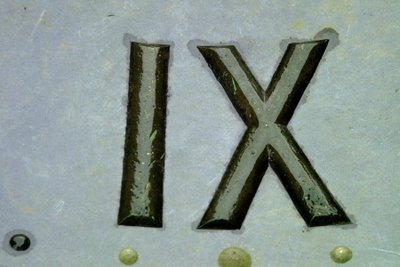 First thing is first: the Pittsburgh Pirates, who have not had a winning season since Sid Bream outran Barry Bonds's arm, are in first place. For real.

Tonight's (this morning's?) title is misleading, because it has been all of two games against a horrible offense, but the Rangers have still not allowed a run to score against them in the second half. That makes 29 straight scoreless innings now, dating back to the third game of the A's series prior to the break.

Friday, it was nearly a second straight complete game shutout, as Colby Lewis pitched a gem. Just like with Derek Holland Thursday, it carries with it the Seattle Mariners caveat, but it was still a well-thrown game, and you saw the things from Lewis you want to see. His fastball velocity was there, topping out over 91 and sitting just under 90 miles per hour. He struggled, as he does far too often, to get the velocity up until he was a few pitches in to the game, but he was near his peak after about a dozen or so, which is not too alarming. He was also still throwing hard in the ninth, and garnered a respectable nine swinging strikes with more than 70% of his pitches in the zone.

Unfortunately, he just was not quite efficient enough to go the distance. Ron Washington and Mike Maddux allowed him to go out for the ninth after 110 pitches, but after 121, he had allowed two singles, and was removed with an out to go, with eight strikeouts, two walks, and four hits allowed. Neftali Feliz needed to throw only two pitches to get the game-ending ground out and a weird save. Even if he could not do what Holland did, it was another spiffy start from the rotation, with some good signs from Lewis (which, of course, has been said before).

The offense had to deal with one awful strikezone, with more outside pitches than usual called strikes against lefties, and bizarre pitches more than a foot and a half high or inside called strikes against them on different occasions. Six hits, two walks, and four etched-out runs is nothing too exciting, but given the team, ballpark, and umpiring they were battling against, they may deserve a pass. There were just two strikeouts, on the plus side; one from Josh Hamilton, one from Endy Chavez.

Ian Kinsler had a perfect opposite field single and a hard hit double to lead the team in hits, and scored two of the four runs in the standout performance of the offense.

Texas's winning streak has stretched to nine, and the Athletics are a few outs from giving just gave them a 2.5 game lead in the division. It would be very nice to have some real breathing room in the division before the schedule gets tough again. 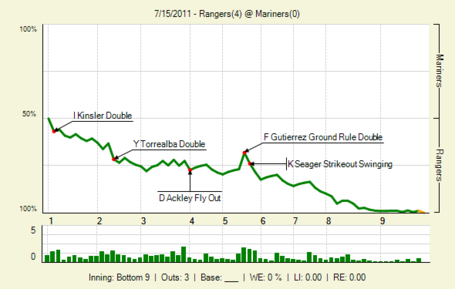 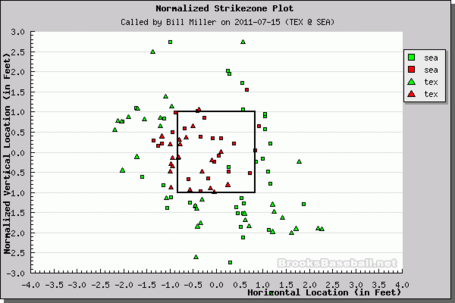