Share All sharing options for: The Rangers Now And Future Playoff Odds Have Just Gotten Better

So, if you're not keeping up with things, the latest news is that the Angels have traded Mike Napoli and Juan Rivera to the Blue Jays for Arlington native Vernon Wells.

This doesn't make a whole lot of sense for the Angels, since Wells being healthy and good is a rare thing these days, and Mike Napoli is cheaper and has been better over recent history.

It would make some sense if the Angels got Vernon Wells for, like, free, what with him having one of the worst contracts in sports, but Keith Law -- who has some experience in the Jays' front office -- suggests they might not even be getting that:

Was told Jays aren't sending any money to Angels - just the albatross. 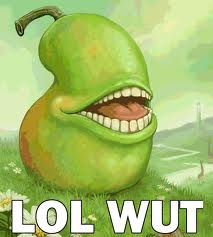 UPDATE: This might be even worse, per Ken Rosenthal and John Paul Morosi.

That's. . . just amazing. I'll keep this in simple terms for the sake of brevity and impact. Here are each of the three players in terms of average Wins Above Replacement (per Fangraphs) over the past three seasons. . .

So, Wells beat Napoli by a little bit in value (by FanGraphs' estimation) last year, but in net value over the last three years, this is a downgrade. How about the finances?

So, the Angels have a good chance of getting less performance while spending a LOT more money. The thing I don't get is how they can spend this much on Vernon Wells and lose out on Adrian Beltre and Carl Crawford. Not to mention they are now forced to put Jeff Mathis (.223 wOBA) at catcher. This just makes no sense. Either this is a prank or the Angels have gone insane. They would have to get very, very, very lucky for this to not be a horrible deal, unless there's something we don't know.

If you're the kind of Rangers fan who doesn't just want to win the AL West but hates the Angels, now is the time to laugh. Hard.

*Using the 40-60-80 arbitration rule of thumb and assuming no one thinks Napoli's value dramatically changed from his past two cases.