Why Is A WWE Star Cradling Dirk In This Picture?

Share All sharing options for: Why Is A WWE Star Cradling Dirk In This Picture?

Apparently the NBA isn't the only place in the world for an athletic 7'0 to make a career entertaining people.

Paul "The Big Show" Wight is a former WWE champion who has been signed with the company for almost 15 years. While he's gotten in his share of fairly tasteless "feuds" over the years, he's most known for his all-encompassing size, which is generously estimated at 7'0 445.

At a charity event in Miami on Wednesday, he showcased his strength, picking up Dirk Nowitzki and cradling the Mavericks 7'0 All-Star as if he were a baby. 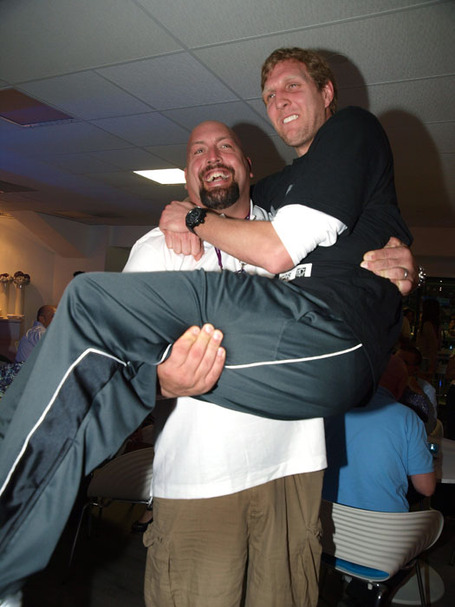 Insert your own joke here.