Nike unveiled their 2012 NFL uniforms on Tuesday. Here is the first look at the Cowboys uniforms.

On Tuesday, Nike unveiled the new 2012 NFL uniforms for each team. Nike will be taking over the uniform and jersey license from Reebok starting this year and held a huge press conference and show to reveal all the new looks the players will be sporting this year.

The new uniforms for the Cowboys, as you might expect, featured no major changes. It is difficult to tamper with one of professional sports' most iconic uniforms without enormous backlash. The biggest change for all the jerseys this year appears to be the collar, as noted by Paul Lukas of UniWatch.

Jason Witten was the first player to model the new Cowboys look. Photos are courtesy of the official Cowboys Twitter feed. 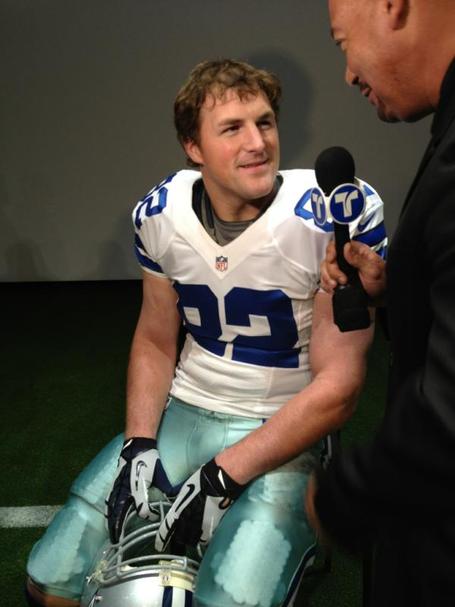 And here are the new team gloves that players will have the option of wearing: 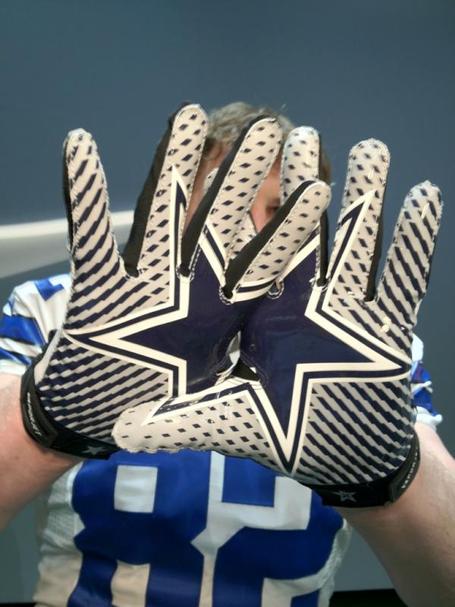 Pre-sales for the new jerseys will begin on April 16th on ShopCowboys.com. The new items will officially go on sale April 26th.

For all news and information regarding the Dallas Cowboys, please visit Blogging the Boys.