There's at least some good news for Cowboys fans on Christmas eve. According to Tim MacMahon, X-Rays on Tony Romo's right hand were negative. Romo suffered the injury after pressure from Jason Babin forced Romo's throwing hand to slam into a defender's helmet, causing a substantial amount of swelling on the back of Romo's right hand. 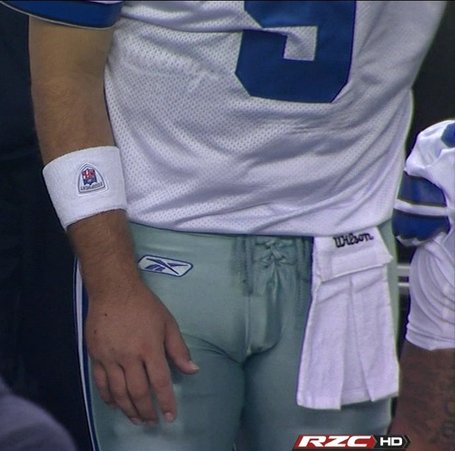 Romo exited the field and underwent X-Rays on his right hand, but did return to the sideline. Romo's hand has since been taped on the sideline and is almost certainly not going to return to the game against the Eagles. Stephen McGee will take over at quarterback for the rest of the game.

While fantasy owners might be unhappy, there is no reason for Romo to return to this game. The result of this game is meaningless, thanks to the Giants defeating the Jets earlier on Saturday. Dallas' Week 17 game against the Giants in New Jersey will determine the winner of the NFC East.