The Baylor Bears will be wearing all-black uniforms and gold helmets in their road game against the Louisiana-Monroe Warhawks. Some Baylor fans were hoping for the black matte or green helmets instead of the gold shell with the green BU on the helmet.

Louisiana-Monroe is countering with an all-white uniform and attempting to have the stadium be a white out as well. The contrast of these two uniforms will be quite interesting later Friday night.

Baylor may need more than these new uniforms against ULM if they are going to win. ULM has played well against two SEC teams, they defeated Arkansas in overtime and nearly upset Auburn, also an overtime game. 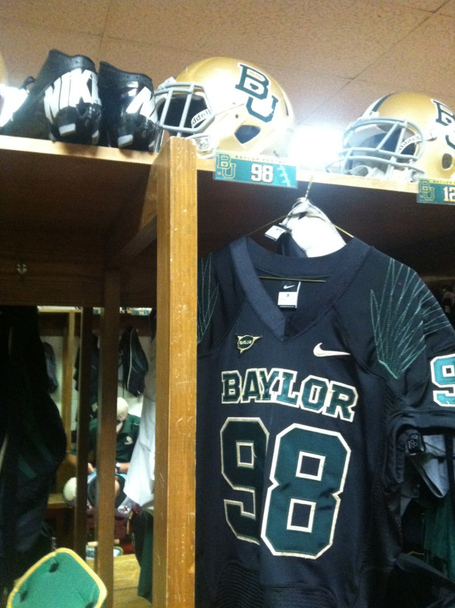 For more on Baylor football, visit Our Daily Bears. SB Nation's college football hub has all your CFB news across the country, as well as its YouTube Channel/