Robert Griffin III Is On This Week's Sports Illustrated Cover

Share All sharing options for: Robert Griffin III Is On This Week's Sports Illustrated Cover

It's the Heisman winner RG3, though, that graces the cover of Sports Illustrated this week, and not likely No. 1 overall selection Andrew Luck. Picture of the cover after the jump. 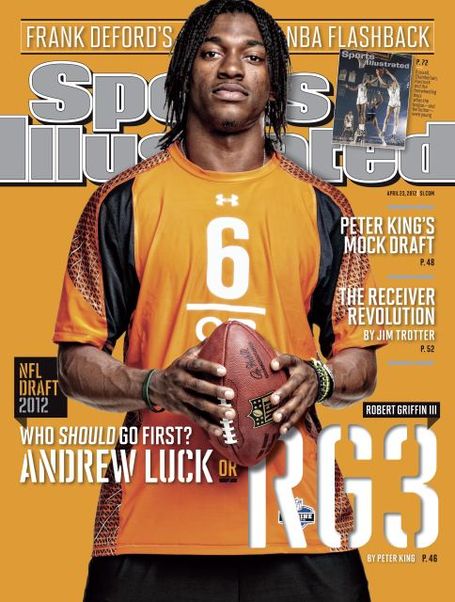 The article looks well worth reading, as there will likely be a debate for years to come over who the better pick was -- Luck or Griffin. Let's just hope that no matter what, it doesn't turn out like the great Ryan Leaf versus Peyton Manning debate, with one quarterback completely flaming out while the other goes onto a Hall of Fame career.

For what it's worth, I know I'd take RG3 if I were drafting for Indy.