College football legends Robert Griffin III and Barry Sanders headline the latest cover of the NCAA Football video game by EA Sports. Putting these two players on the cover makes it an all-Big 12 cover and it all comes from EA Sports' Heisman Trophy angle on the cover.

It's interesting because you don't necessarily have a reason to ever mention Griffin and Sanders in the same sentence, here one is right here. So since the two are in the image together, we can't help but pose the question ... What if RGIII and Barry Sanders played in the same backfield? How would opposing defensive coordinators prepare for such a nightmare, or would the competitive disadvantage in and of itself be worthy of an NCAA violation of sorts? It's definitely something I'd like to see. 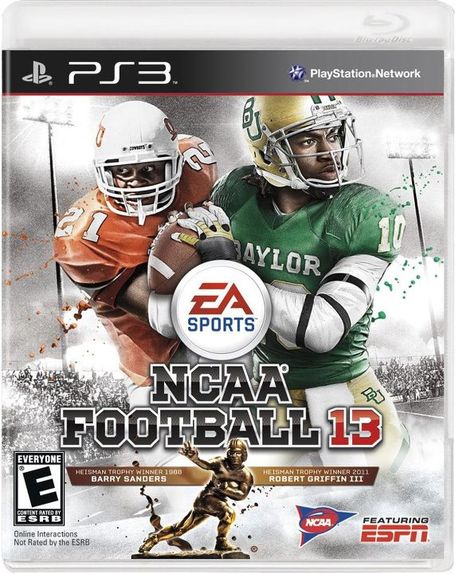 Read more news, analysis and information about the Baylor Bears at SB Nation Dallas and Our Daily Bears