The Baylor Bears were given some redesigned uniforms for their post season run and tonight in their game against the South Dakota St. Jackrabbits they are outfitted in a neon uniform combination.

These are some blinding uniforms it is very possible that the brightness of these uniforms are why South Dakota State is only shooting 37 percent from the field and only 4-of-14 from three-point range. 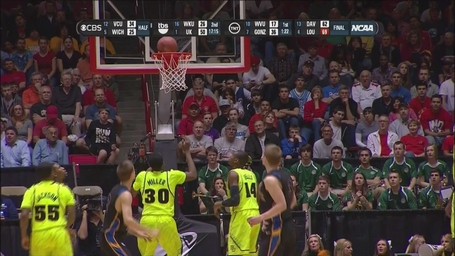 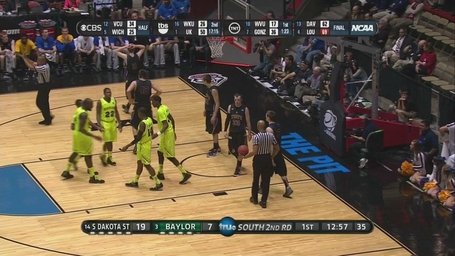 Hopefully Baylor can make a deep NCAA tournament run so that we can check out what other types of unique uniform combinations they decide to bring out.

2012 NCAA Tournament: Baylor Unable To Recover From First Half Deficit, Falls To Kentucky