Moments prior to being named the 2011 Heisman Trophy winner, Robert Griffin III was on stage with ESPN's Chris Fowler when Griffin was outed as a sock nerd aficionado when Griffin sported Superman socks. So go ahead with the Superman sayings about how Griffin can lead a building in a single bound or is faster than a speeding bullet and so on. 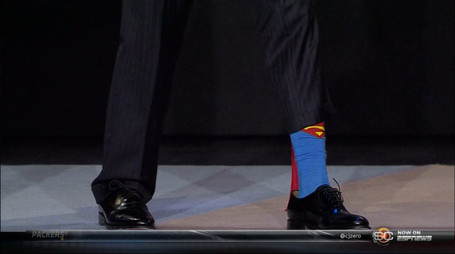 Yes, the back of his sock does feature the Superman cape.