Jason Terry got a tattoo of the NBA's championship trophy before the 2010-11 season, and it worked out for him with the Mavericks. "Jet" is now trying the same trick as a member of the Celtics, having left Dallas for Boston this summer. Photo after the jump. 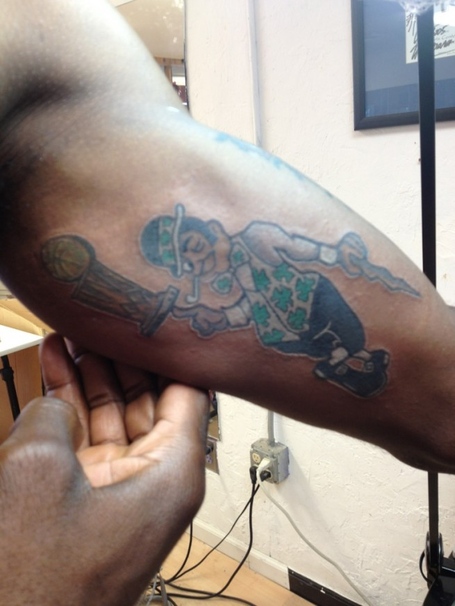 Terry's guaranteeing the Celtics will win the 2013 NBA title too, but more importantly that that, this ink looks way sharper than the other tattoo, doesn't it?