The Texas Rangers are starting to fall behind in tonight's Game 7 as they trail 5-2 after a fifth inning that was sloppy where the St. Louis Cardinals scored two runs. The Rangers were lucky to only have given up two runs in this inning. The inning started out with Rangers had Scott Feldman replacing in Matt Harrison and allowed the two runs by allowing two runs and walking three. Feldman walked Allen Craig and had Albert Pujols on an 0-and-2 count then threw a fastball that grazed Albert Pujols' jersey.

Lance Berkman came to the plate and advanced the runners to second and third base, and then the Rangers decided to intentionally walked David Freese to load the bases. Well, that did not work out so well when Feldman walked Yadier Molina after leading 3-and-0 in the count and the ball four was extremely close. 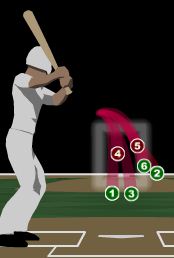 Nonetheless the walk scored Craig to put the Cardinals up 4-2.

That set of events caused the Rangers to pull Feldman for C.J. Wilson who on his first pitch tossed a fastball that beaned Rafael Furcal in the hip to force in another run to put the Cardinals up 5-2. Wilson did end the inning by striking out Skip Schumaker to end the inning.