Expectations Against The Orioles

Share All sharing options for: Expectations Against The Orioles

This is the last series before we take a three-day break to assess the first half(ish) of the season. I just watched the White Sox finish off a road sweep of the Angels, directly on the heels of the Royals winning a series in Los Angeles. The Rangers go into tonight's game with a commanding six-game lead and better than 88 percent playoff odds at Baseball Prospectus.

They probably should have won more games over the last three series than they did, but through it all, the Rangers are now in prime position to create a good chunk of space before hitting a rough second-half schedule. Seven-plus games is hard to squander, even with a difficult schedule.

And the Orioles are the worst team, if you didn't know that. BP Third Order Record standings suggest they've had a brutal schedule, losing around eight games more just by playing in the AL East than they would in a balanced schedule. No other team has lost even five to schedule (though the Angels have won five). Still, even after adjusting for schedule, they're still three games behind the next worst team (the one that we just took two out of three against). Their real and actual record is eight wins behind the Indians. If you're my age or younger, it's probably hard to believe from the mid-60s to the early-80s, the Orioles were the class of the American League, winning three titles, six pennants, eight divisions and finishing worse than second just three times. After a last hurrah in the 90s, the mighty have fallen pretty far.

As usual, make sure to read Chris's preview at Lone Star Ball if you haven't already. 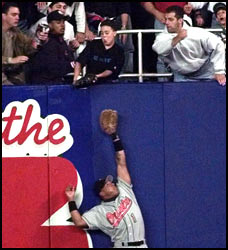 The dagger to Orioles greatness.

It's weird when a .670 OPS and a 0.9 WAR is disappointing from a second year catcher, but it is in the case of Wieters. Dude has a .289 BABIP despite only a slightly worse batted ball profile from last season, though. He'll be fine.

I ask again why Ty Wigginton is in the All-Star Game. Markakis and Matusz (and others) are having better years. Markakis is an established star with a good track record and the face of the franchise. Matusz is a young stud and part of the awesome surge of youth in baseball, the kind of guy who makes All-Star games exciting. But instead of the new star or the established star, they took a scrub. What?

Scott is on the DL. 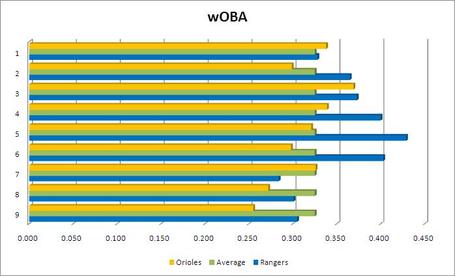 The Orioles have some good hitters, mostly Markakis, but the overall offense is bad. In fact, they've put up more than 40 weighted runs below average (after park adjustment), which is better only than the Mariners in the American League. When your eight and nine hitters have had worse seasons than Borbon and Smoak have had (so far), you know there's a problem.

Also, Corey Patterson has been a better lead-off hitter than Elvis Andrus to date? Things I don't expect to continue for 500, Alex.

Pie (mmmmmmmmm) has missed almost the entire season on the DL, so I'm using his 2009 numbers for this. 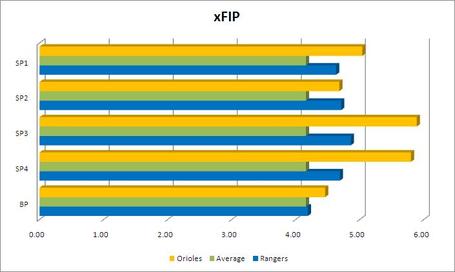 The putrid offense helps make the Orioles' pitching look not as bad, but it's still probably the worst staff in the American League. Matusz represents the only pitcher having even a solid season the Rangers will face, though even then he's still only a slight advantage over Scott Feldman. The talent combined with the leftiness means he represents the Orioles best chance of winning a game, but thanks to the bullpen and offensive disparity, that means just being less of an underdog. It should be pointed out, of course, that Tillman and Arrieta have just recently been called up, so there's some sample size issues here.

Texas should score runs. These guys are bad. There's some talent for the future, but their growing pains are our chance to pad the division lead. 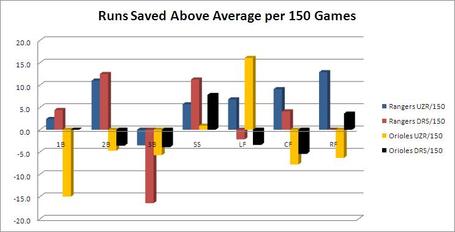 More slaughter. And remember, that's Pie's 2009. The Orioles are the second worst team in the league in both DRS and UZR. They're very bad in all facets of the game. As with the Indians preview, it's rough thinking of ways to talk about how bad a team is, so on to the expectations. 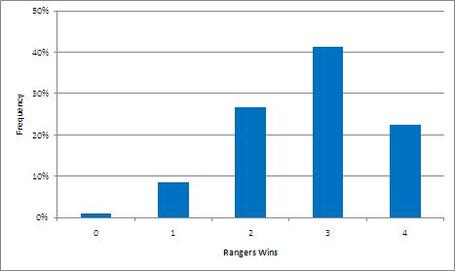 Fewer than 21 runs scored or more than 18 runs allowed is grounds for concern. That's got the Rangers with a .630 pythagenpat record against the Orioles over a large sample.

With Sommer's projection tool, that's got the Rangers at least splitting the series 91 percent of the time. There's about a 64 percent chance of winning the series, and any less than that would be a letdown. Anything less than a split would be devestating. And as far as going in to the All-Star break on an awesome six-game winning streak high, the Rangers sweep this series almost a quarter of the time. For giggles, the Orioles sweep it about one time in a hundred.

As mentioned, the Tillman game is the most winnable for the Orioles but only by about two percentage points better than the other three games (which are all right about about 70 percent chance of a win for the Rangers). That probably underrates their chances a little bit since he's a lefty, but it still goes to show that the offense, defense and bullpen of the Orioles are just so bad, even a solid starter can't help them much. Losing one of the first two would be a bit of a concern, but game three, while being the best chance for the O's, is still more than likely a Rangers win.

Texas has got to take care of business here. You pad the lead against the weak teams and then tread water against the good ones. This is a serious pad-the-lead series, and then we get a break before going in to the "tread water" schedule.