I went to last night's Spokane Indians game against the Tri City Dust Devils, and brought with me my camera. My primary interest was in seeing young Jurickson Profar, but, unfortunately, he didn't have a very good night.

None the less, the Indians won, and I have plenty of pictures and video below. Of course, I'm no scout, so I don't have much to make of it, but hopefully you'll find them interesting, anyway. 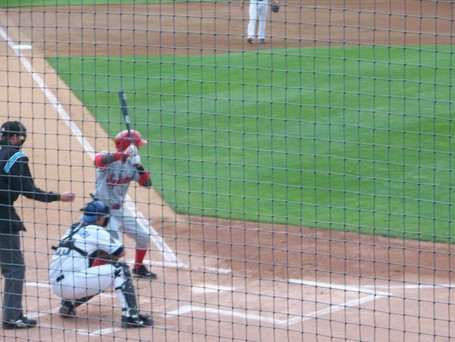 I picked a pretty bad night to watch Profar, as he went 0-5. He was also the "Beer Batter" of the night, meaning every time he struck out, fans could get a two dollar beer. He made them happy. Three times.

His first at-bat was a quick pop-up to the catcher on the second pitch. The second at bat lasted a bit longer before ending in a strike out. Here's video.

Here's video of his third plate appearance, where he worked an 0-2 count to 3-2, before being called out on a pitch that I'm pretty sure was outside. At this point in the game, the plate was completely covered in dirt and the umpire had somehow decided to leave it that way.

His fourth AB began by showing bunt on the first pitch, before swinging away and lining a foul ball directly in to the face of an elderly spectator, who had to be removed on a stretcher. Then he struck out again.

I do have a video of him making contact, though. In his final AB, he lined a ball hard, but directly at the second baseman.

Until the 8th, the only ball he had to field went right to him. In the 8th, he ranged pretty far to his left to get to a ground ball behind second based, but bobbled and dropped the ball in transition to let the runner on. Then in the 9th, he couldn't handle a poor throw from the catcher on a steal attempt, and the ball got away with no consequence. He later did get to show off the arm throwing across the field to get a quick guy going to first; I was impressed.

Overall, not much to report on Profar, and, of course, it's only one game. My brothers decided it would be fun to heckle the guy I went to see, which prompted a scout to tell me "that guy you were making fun of, he's going to be a millionaire soon." Of course, I wasn't making fun of him. I can't take them anywhere.

Breaking balls seemed to be a severe weakness, but, again, one game. And he's a teenager. The arm and range both looked nifty.

Mike Olt was incredible, but he doesn't really want me to talk about it.

Here he is hitting a sharp line drive to left. This hit broke up a no-hitter, but he wanted the pitcher to know it wasn't personal.

This is another "one game sample size" thing, but Olt hit the ball in a way that I don't think any other player in the game seemed capable of. It just sounded awesome off the bat, and every time he connected it was smoked.

He also hit a double that tied the game in the 8th. He wants you to know that double was a team effort, and would not have been possible without the fans. I didn't know this, and it could have been misleading, but he also seemed to have great wheels. He stole a base and seemed to run them really well.

Here he is scoring the go-ahead run in the 8th from 2nd. He did want the Dust Devils to know they were winners in his heart, though.

Unfortunately he never had to do anything in the field. It's completely irrational after just one game in person, but I now have a Mike Olt mancrush.

The best part of the night was De Los Santos, who was absolutely electric, striking out two in the inning. he lived in the low 90s, and hit 98 a few times on the scoreboard. A nearby scout confirmed his gun had 97.

I've got two videos of ODLS. The first is from the third base line, the second is from behind home plate (ending the game on a strikeout).

Unfortunately, I couldn't get my camera to handle the poor light, so the pictures aren't too good, but here are some, anyway, if you're interested. 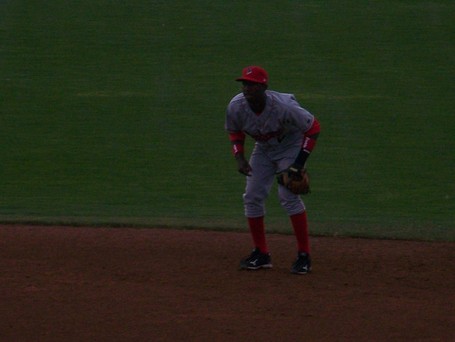 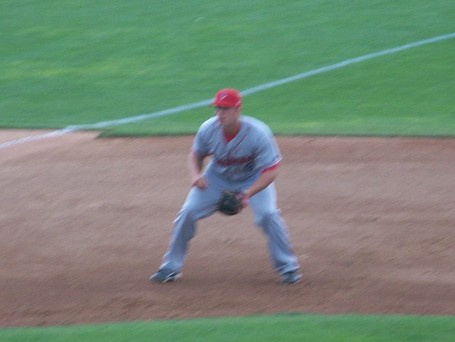 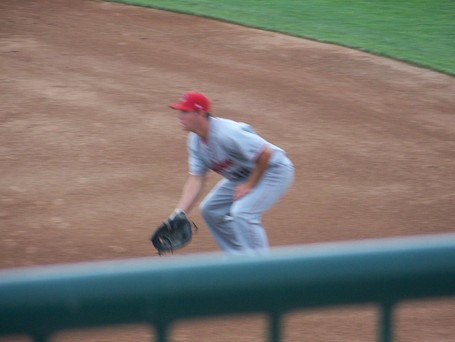 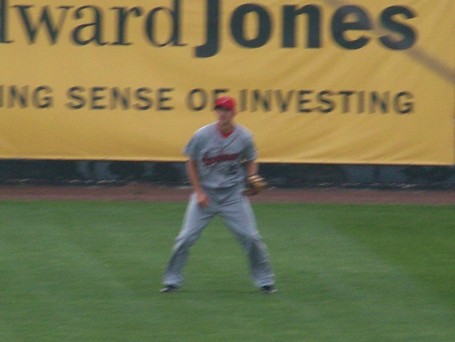 Profar At The Plate, Olt On Deck 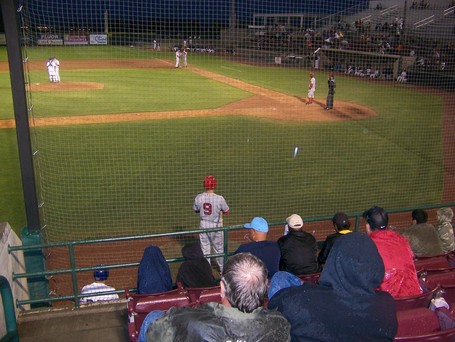