What We Learned In Anaheim

Share All sharing options for: What We Learned In Anaheim

In what seems like an act of desperation to avoid being without a catcher, the Rangers traded Michael Main for Bengie Molina.

The courts are signing up for an eBay account right now so they can throw the Rangers up for auction. No reserve! Buy It Now price set to whatever the creditors want!

Then the Rangers lost to the Angels after having an 8th inning that started out looking very Angel-y with soft hits, strange breaks, and bloops only to end up very July 01 2010 Texas Ranger-y. 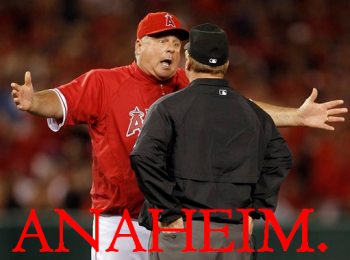 So what did we learn in Anaheim?