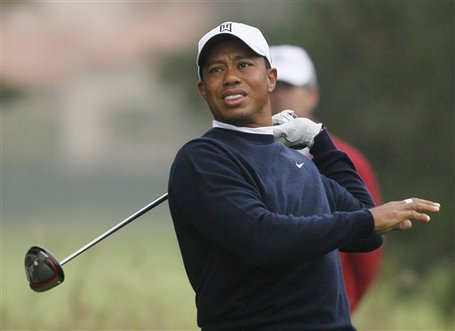 This year the big question is whether or not Tiger Woods will be able to perform at the level he did in 2000 when he dominated the field with a major record 15 stroke margin of victory. Woods finished the tournament at -12 while the runner up, Ernie Els, finished at +3. Since his superior display 10 years ago, Woods has parted ways with two swing coaches, Butch Harmon and Hank Haney. In addition, he has encountered a public scandal that forced him to leave the game for many months and seek treatment for sexual addiction. At the Masters last April, Woods made the decision to return to professional golf. The fact that he was a major contender surprised some critics. Since the Masters, however, Woods has played inconsistently and hasn’t been able to string together 4 quality rounds. He has uncharacteristically missed a cut and withdrew from the Players due to a reported "neck injury."

Woods, who will always be considered a favorite when he tees it up, isn’t the only big name playing in the U.S. Open. Fans can also expect to see some of the world’s best golfers such as Mickelson, Harrington, Furyk, Westwood, Els, and Poulter. Unfortunately, ’ own Anthony Kim will not be playing due to a thumb injury. Other Dallas-Fort Worth players teeing it up this week include KJ Choi (Southlake), YE Yang (Southlake), Rory Sabbatini (Southlake), Hunter Mahan (Plano), Ben Crane (Westlake), Justin Leonard (Dallas), David Frost (Dallas), and JJ Henry (Fort Worth).

Each player, professional or amateur, will be challenged by a difficult course set up. The course will be 7,040 yards long, which is only 194 yards longer than it was ten years ago. While not a long distance by Major standards, the USGA is famous for making the U.S. Open the toughest course set up on tour. Fast greens, thick rough, and deep bunkers await these golfers. To make matters worse, the course superintendent has removed the rough along the cliffs which will allow balls to roll through the fairway and into the ocean. Weather will be the biggest variable on playing conditions. Many holes will become increasingly difficult if the wind and rain blow in off the Pacific during play. For example, the 109 yard seventh hole intimidates players from the tee box as they look down to a green that appears to be the size of a postage stamp. Players could hit a punch wedge on a calm day or a knockdown 5-iron if the wind is gusting. Either way, this hole will challenge the nerves of even the most seasoned veterans.  As the U.S. Open approaches, anticipation and excitement mount among golf fans. This year’s tournament holds the potential for a Woods comeback, a rise from obscurity for an amateur, or a breakthrough Major victory for a player that has been close before. Regardless of the outcome, the 2010 U.S. Open promises to be a weekend to remember.