What We Learned Against Seattle

Share All sharing options for: What We Learned Against Seattle

Most importantly, this happened: 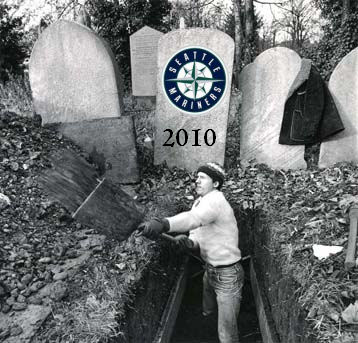 After taking three of four, the Mariner now need a miracle akin to resurrection to get back in the race. And I've never believed in zombies. If nothing else, one of the terrific early successes of this season is the fact that the Mariners are now getting fit for a casket.